TransparentSea II
The Voyage of Surfers For Cetaceans (S4C)
http://www.transparentseavoyage.com/

Whales and dolphins are majestic creatures, no doubt. They are the romanticized elders of the ocean, teachers in silent ways to their human children. They are also indicators of our stewardship of the planet, showing us how we relate to the ocean and its creatures. 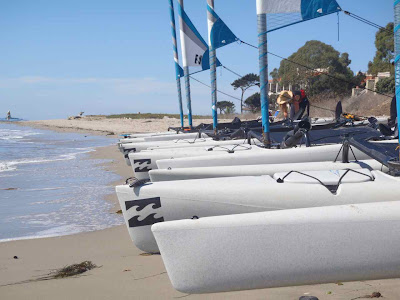 Trimarans at the ready for the TransParentSea Voyage

They are not immune to our influence. Commercial whaling and dolphin kills continue to this day in most parts of the world. Many people rely on whale and dolphin meat for food, and many other useful products come from them. 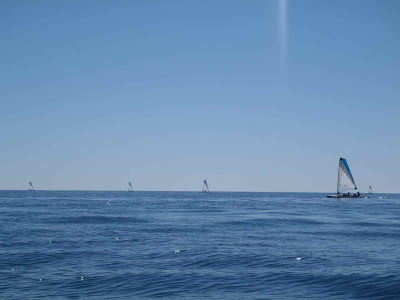 Dolphin-safe sailing with the S4C crew

They are other sources for these products, however. Much more sustainable and humane sources. Mainly from plants. 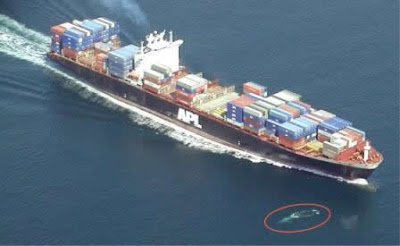 Did you buy anything on that ship?

In Southern California, the issues facing whales and dolphins are not from spear and harpoon, but from Chinese trinkets and giant ships. Due to the protection of these species in our waters, their populations have grown, along with humanity's use of their home the sea.

There has been an increase in whale strikes in recent years due mostly to the large container ships that transport goods in the global marketplace. California shipping lanes have become the feeding ground for an increasing number of blue whales, due to large populations of krill in theses areas. 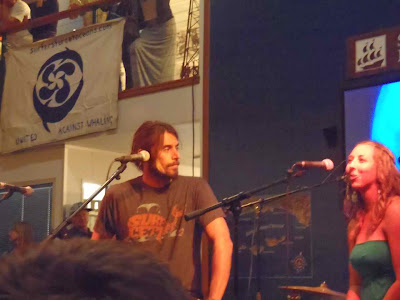 Dave Rastovich and Kristi Birney, Marine Conservation Analyst with the EDC
A Santa Barbara organization, The Environmental Defense Center spoke at the recent launch party for Surfers For Cetaceans (S4C) about the issue of whale strikes in the Santa Barbara Channel, and what we can do about it.

Turns out the whales are being struck by the very container ships that bring goods to us from other lands. Four blue whales were confirmed killed due to ship strikes last year, though the number is thought to be higher. 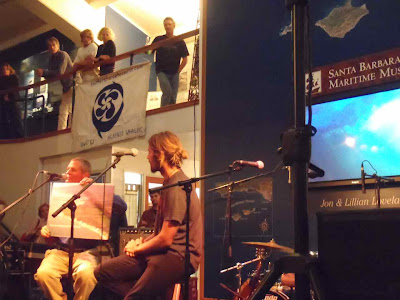 So, the more food and trinkets we buy from overseas, the more whales are in danger from being hit. Seems like a good reason to buy local and grow your own?!?

In that vein SWoBs are launching a hands-on workshop series to address the issue of relocalization, and how sustainability can help the whales, oh, and the humans too! 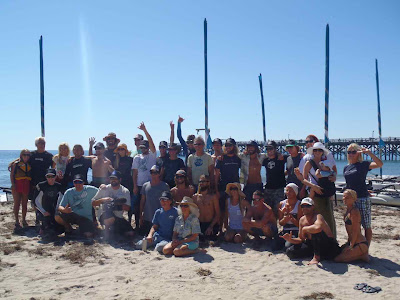 The Crew about to launch from Gaviota State Beach 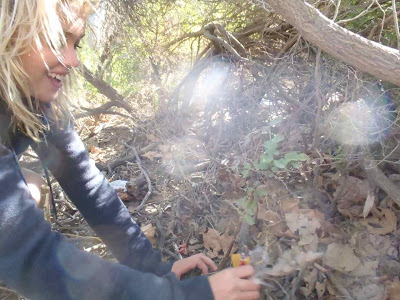 During the beach clean-up prior to launch we found tons of trash stuck in the bushes!
S4C embarked on the TransParentSea Desert Whale Voyage on the 1st of October from Gaviota State Beach near Santa Barbara. The voyage is a multi-media journey including sailing, surfing, music, art, and education about whales and the ocean. 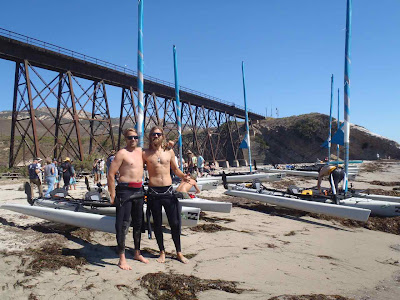 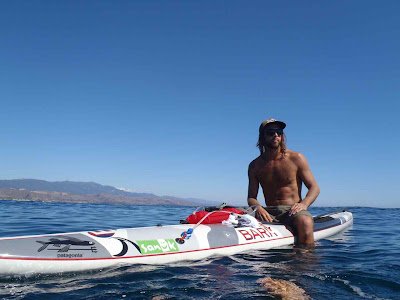 SB Local Chad Koenig has paddled the channel before, and is doing it again. All the way to Mexico! 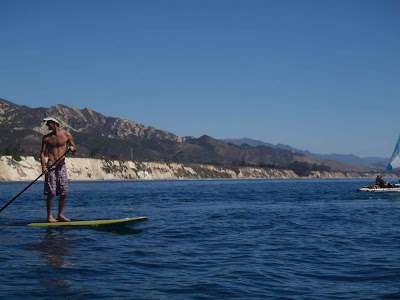 Our buddy John Birchim of Jayawave SUPped along with us for a bit. He makes beautiful alaias. 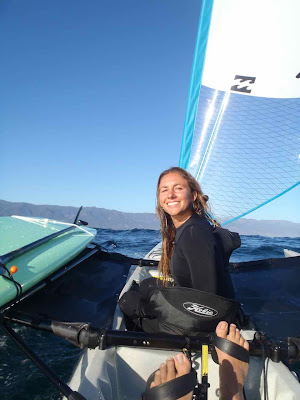 SWoBs Co-Founder Aubrey Falk on the trimaran in the middle of the SB Channel
SWoBs represented and had the great fortune to join in on the journey for the first several days. We jumped on board the Hobie trimarans for a glide along side our ancestors the dolphins. 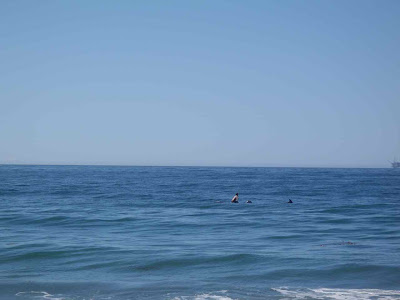 Chad being greeted by cetacean friends
We played music around the campfire, painted murals, and even caught a few waves. The crew continued on south, to Malibu, and eventually will reach the Mexican Border and the birthing grounds of the California Grey Whales. 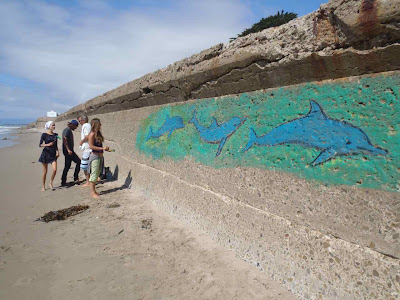 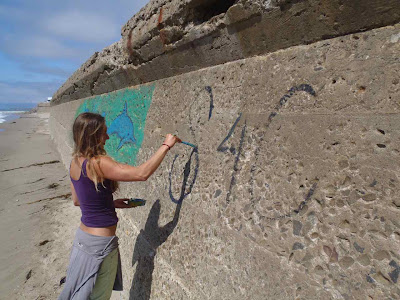 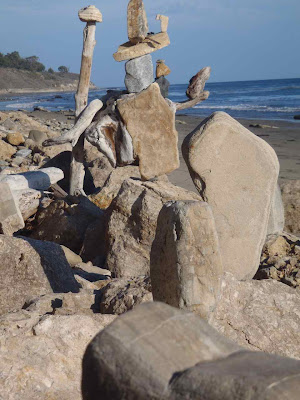