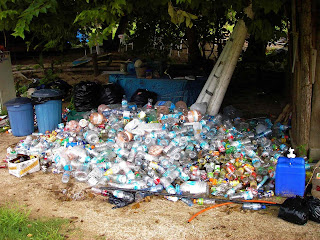 Plastic is the plague of modern times. The amount that makes it to the oceans is astonishing. The Great Pacific Gyre, a confluence of ocean currents in the middle of the Pacific, is collecting a large amount of plastic flotsam. By some reports, the Gyre is a sea of plastic the size of the continental United States.

Plastic photodegrades, it breaks down under the influence of the sun into smaller and smaller pieces. The plastic in the Gyre has degraded to the point that it is the same size as plankton, the basis for the entire food chain in the ocean. Fish are eating the plastic plankton, and dying. Turtles think plastic bags are jellyfish, and birds think lighters are fish. The entire food chain in this area is falling apart. 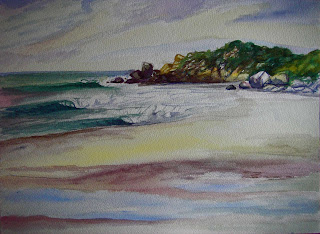 The beach at Barra is clean- Watercolor by Aubrey
Plastic can travel thousands of miles in ocean currents. Uninhabited islands in the Pacific may have beaches covered in litter from Japan and the US. I have done beach clean-ups in New Zealand and picked up plastic from Asia, half the world away.

The amount of plastic in Mexico and the rest of Central America is shocking. A good 90% of food is packaged in plastic, and then put in a plastic bag at the store. The most insidious are water bottles. The bottled water craze has taken over here in Mexico just like the rest of the world, except here recycling is far less common. The easiest way to get potable water, the most essential element for life, is in a plastic bottle. 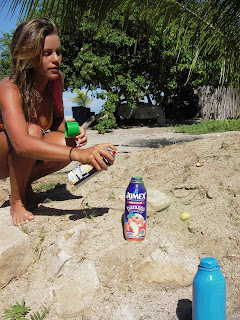 Barra de la Cruz is no exception. Plastic water bottles are saved and then taken to Huatulco for recycling. They do not get money for the bottles, they do it because they want to.

We met a cool surfer lady named Kemi who came up with the idea to reuse these aluminum juice bottles by sterilizing them and then painting them for souvenirs, sold filled with water. Aubrey and Jenny got to work on collecting and sterilizing some bottles. Jenny, who came down to do some fun work with us, had brought an assortment of spray paint which was used to paint the bottles.

We figured that they could get 20 refills from a 5-gallon jug, and they could sell each liter at a price that makes it cheaper to refill the bottles than to buy a new plastic bottle but more return per liter than selling individual bottles. This is a three-way win, as the consumer wins by getting cheaper water, the business owners win by getting more return on the water they sell, and the community wins by having less plastic to deal with. 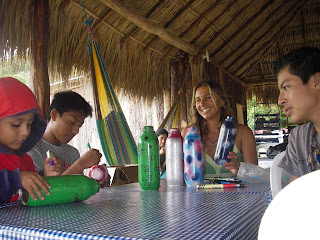 Aubrey gets the kids started 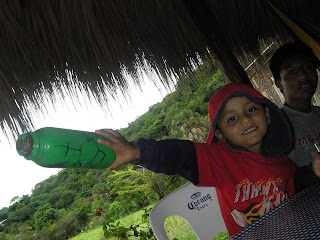 proud of his work 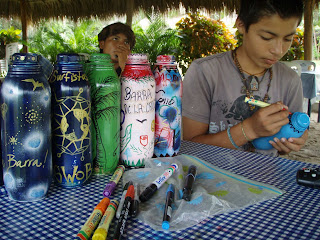 some of the finished products

Several events coinciding spurred us to visit Puerto Escondido again. Our friend Alexis was flying home, the swell had dropped off quite a bit, and there was a paddleboard contest that weekend. 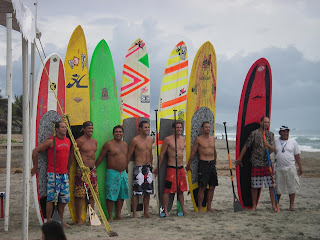 da boyz
Alexis miraculously made her plane on time, the waves were bigger than down south, and we saw the finals of the paddleboard contest. We also tagged along for the after party and got to meet some of the contestants and drink for free! 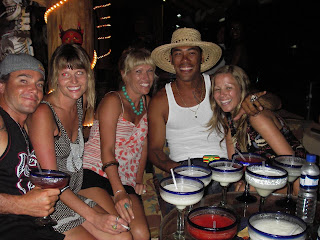 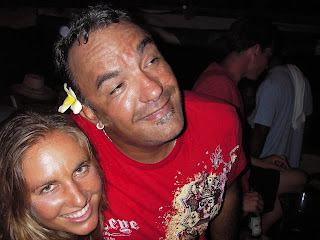 Puerto has grown so rapidly in the last 30 years that there seems to have been little public planning. Three to four story apartment buildings cluster the hillside leading down to the beach. The roads were absolutely torn to bits, and there was a lot of trash on the beach. I wondered what kind of invisible waste was in the water at the famous break, mere feet from two rows of restaurants and hotels presumably on septic. 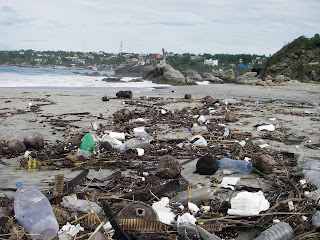 Puerto Escondido with heavy rains and lots of trash = a dirty beach
Despite being one of the most important tourist beaches in Mexico, there are no public showers or toilets on the beach. One of the contestants in the paddleboard contest donated their prize winnings towards a public shower. Next they need a couple dry composting toilets along the shore.

The sandbars in Puerto were not very good. Still, we caught some fun waves. But we missed Barra and the amazing waves we had the month prior, and longed to return to our new home. 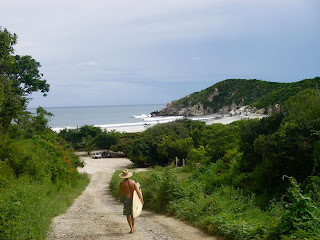 Thus we have returned to the tranquil pueblito de Barra, our casa, and our projects. Stay tuned for more soon! 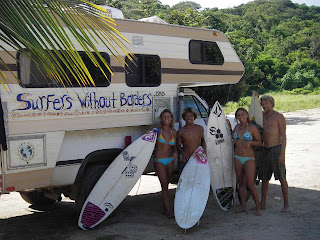 Until then, here are a few selected shots of some of the surf we were blessed with this last month. (click on images to enlarge) 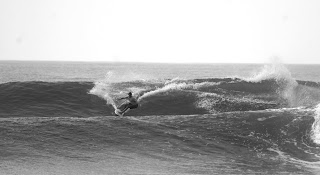 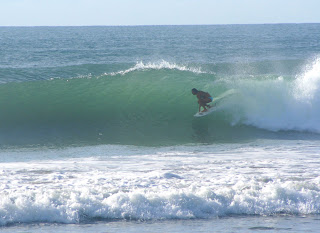 another nice one for Aubs 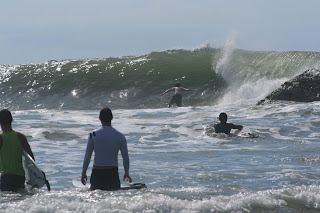 Loren out the back! 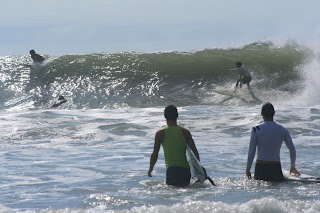 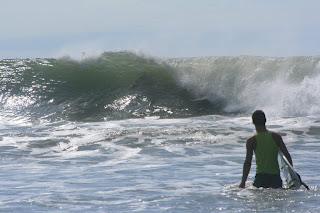 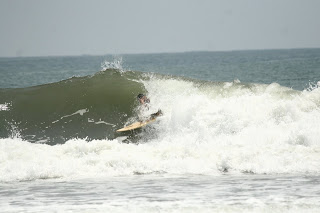 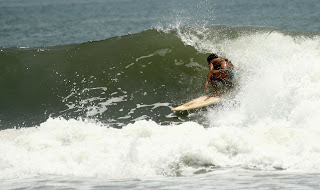 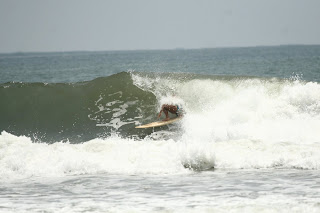 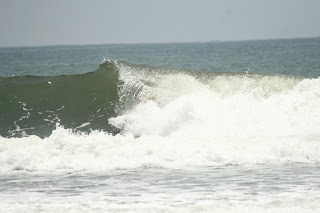 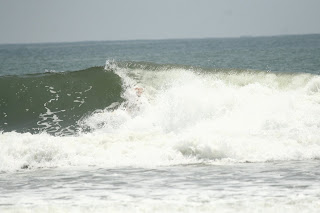 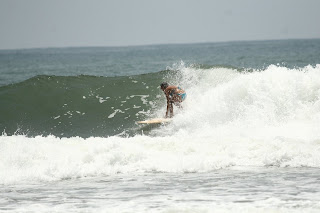 Jenny charging it like usual
Posted by SWoBs at 3:03 PM

I think it is great that you are getting the word out about a way to resolve the plastic on the beaches. I was wondering if I get a team of economy smart people to work on picking up beaches where would we turn in the plastic?