Been a Long Time Comin'

It has been a long time since our last update- sorry for the lag. We have had some consuming personal adventures lately that have kept us away from the blogosphere, but we have still kept our fingers on the pulse of the hottest environmental topics of the day. 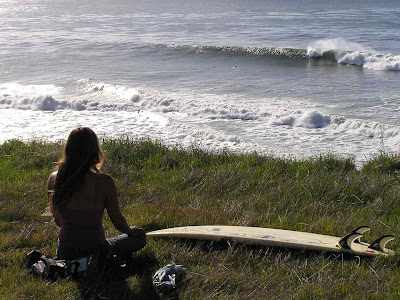 Lots of surf this winter- keeps one away from the computer

The Great Pacific Garbage Patch has been pushed under a sheen of a floating ball of oil. The nation and the world are now consumed with a more immediate environmental catastrophe- the Gulf Oil Spill from the failure of British Petroleum's Deepwater Horizon rig. 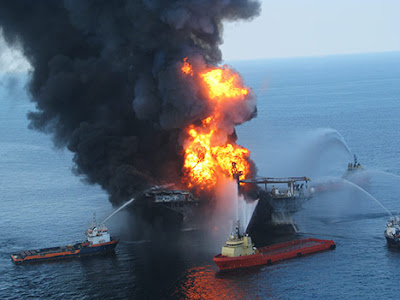 How Much Oil Does it Take to Run the World?

We are all responsible for the Gulf Oil Spill. Our everyday life (at least of 90% of the US) relies heavily on oil. Drive to work to earn money, drive to the bank to deposit it, drive to the store to buy food, drive home. Even the food we buy wouldn’t be at the store without cheap oil, or clothes, or cars.

So how many more times do we need to learn the lesson of oil? Seems like we still haven’t gotten the message. Oil is harmful to the environment every step of the way, yet we are so dependent on it, there seem no easy way out of the cycle. 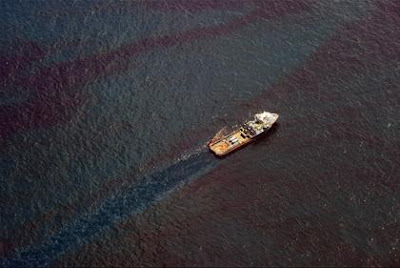 That reality check in the bank, what can we do about the current reality- a gaping hole in the Earth, 400 feet below the sea surface gushing oil in untold quantities into the Gulf of Mexico? There is no accurate estimate at the exact volume of oil leaking, nobody can seem to measure it. A federal panel to investigate the spill flow rate has been formed, and includes a researcher from UC Santa Barbara, Dr. Ira Leifer.

Dr. Leifer and the panel have determined that the original estimate made by the government of 5,000 barrels a day was way low- they put a conservative estimate of the low range of the daily amount of oil leaking at 12,000 to 25,000 barrels, maybe up to 40,000 barrels per day. That’s around 504,000-1,050,000 gallons of oil leaking per day, at the low end. Click here to read more of the panel and Dr. Leifer's findings.

Of course BP does not want anyone to know this. They are not being the most cooperative in the investigation, giving the panel poor quality videos and lagging on providing any real information. Furthermore, they have made things worse with efforts to stop the spill- “Top Kill” may have increased the flow rate by many magnitudes.

As if things couldn't get any worse, our friends at Below The Surface have new information that there may indeed be more than one rig leaking in the Gulf. This among news that there was another spill of several thousand barrels on the Alaskan pipeline, which is mostly owned by BP. Seems like spills are business as usual for the oil companies.

Surfers to the Rescue!

Who ever thought that Surfers could make a difference with what is rapidly becoming the World’s largest oil spill? That is exactly what the founders of ReSurf are doing. They have created a containment boom that attracts oil like glue, and rejects water- out of waste polyurethane foam from shaping surfboards. 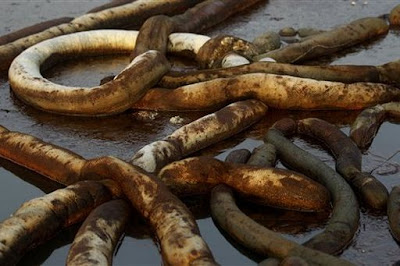 Furthermore, the waste left over is a mixture of oil and polyurethane filler, which is a great amendment to asphalt for paving. Basically, the oil is not completely lost- it can still be used to build roads to carry our petro-chariots, and is actually improved by the foam additive.

What’s the answer to the energy crisis?

How can the world wean it self off of oil? We wish we knew. Our best bet is there will be no silver bullet, but many solutions in the context of the local region and climate. Bioregional ecological design will serve to solve the challenges of our energy needs. 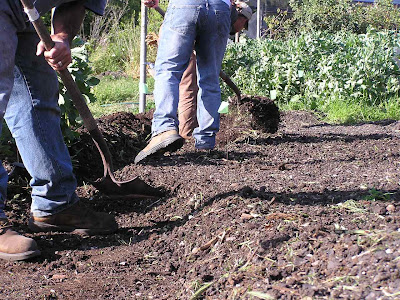 One way to solve the energy crisis- grow your own food!

Solar, wind, hydroelectric, and geothermal are some of the many sustainable options that we have to provide clean, renewable energy for our growing masses of consumers. Other technologies that are still fringe are beginning to gather momentum.

Methane production, or Biogas, from municipal waste offers huge potential. Waste reserves can be converted to electricity through the burning of the methane gas released by bacteria during the decomposition of organic residues. Many cities in Europe are using methane to power their vehicles, with good results. They are even running cars on bananas in Australia!

Compressed Air Technology, or CAT, is a very promising solution to cheap, emission free transportation. India recently put into production a car that goes 68 mph and has a range of 120 miles on a $2.00 fill up of air, or you can plug it in and it will be charged in 4 hours.

SWoBs had two articles come out recently in The Surfers Path and DEEP Magazine. The Surfers’ Path article was about the trip to Mexico from June 2008 to July 2009. DEEP highlighted SWoB’s trip to Alaska in September 2009 with the Coastal CODE. 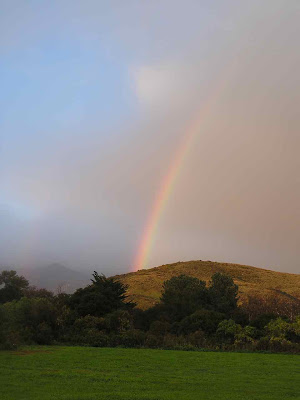 Have you surfed in Baja California Sur in the last year? If so, please take a few minutes to fill out the Surfing Survey put together by the School For Field Studies. They are attempting to estimate the value of surfing as a tourist attraction to prove to the Mexican Governement the need to preserve their coastal habitats.

This Sunday June 20th is International Surfing Day! Come celebrate and preserve our beaches and coasts in Santa Barbara at Surf into Summer, put on by Surf Happens and the Santa Barbara Chapter of the Surfrider Foundation. Beach clean-ups, surfing, and live music by Soul Majestic will help to ring in a super summer! 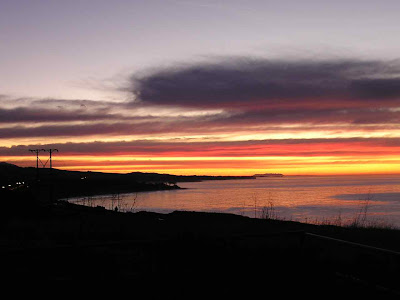 Surfing connects us to the ocean, the air, and the earth. We are all in the ocean together! Let's keep it clean!