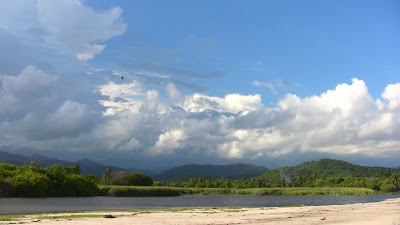 Returning to our favorite little gem on the Mexican coast was a welcoming relief from our journey south. The unique young town of Barra de La Cruz has become like our second home. Upon our arrival it took us over an hour (that was going as fast as we could) just to drive through the less than a mile stretch to Pepes Cabañas because there were so many familiar faces to catch up with. 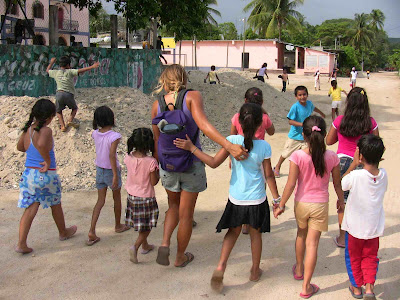 The hardest part about traveling so far and visiting so many places is the lack of significant time you are able to spend at most of them. It is true that it really does take time to get to know a place, let alone form lasting bonds with the people who live there. 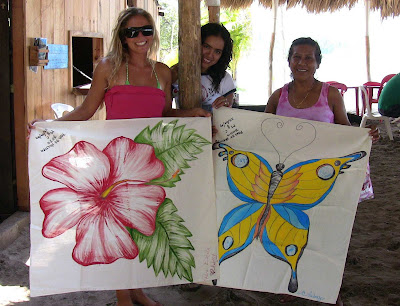 Making friends is easy, just paint them a picture!
Actually forming a close bond with the locals has been the easiest part for us and seems so for other travelers who take a genuine interest and have respect for their culture and way of life. "Mi casa es su casa” is the motto, and the peoples' incredible hospitality and generosity proves abundance does not come from material wealth.

We felt lucky to share some fun experiences with our muilti talented, energetic friends Anastasia Van Wingerden and Cyrus Sutton who came to meet up with us for a week. 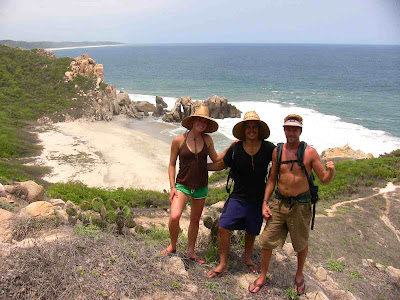 Anastasia 'Stas' is a great muscian, carrying her guitar and song writing skills from her recent residence in San Fransico, all the way to south of the border (check her out on her FaceBook page). Cyrus is an accomplished film maker and recently released an epic new surf documentary called ''Under the Sun''. 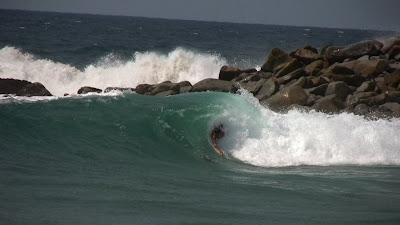 Cy on the belly ride, pro hand planing style
Both Cy and ‘Stas are into riding waves in organic fashion! They brought a quiver of ¨Aquatic Oddities¨, including the paulownia hand-planes custom shaped by Cy himself. 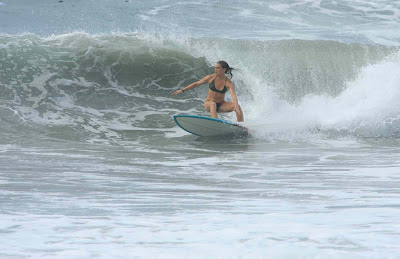 'Stas charging it on an Aquatic Oddity
Their interest to connect with the local people and to eat the fresh fruit of the land manifested beautifully on numerous occasions. 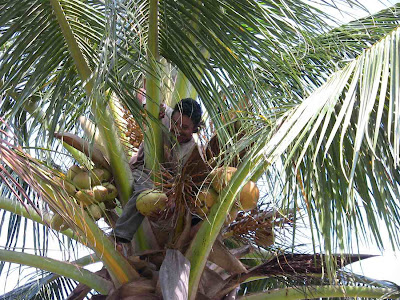 Olgilver doing what he does best
One adventure in particular took us on a scenic, though a little circuitous, hike along the coast and over into the next valley where our friends Olgilver and his father Faustino have a farm. They grow payayas, bananas, caña (sugar cane), and cocos. YUM! Our treck turned into a mega fruit fest as they insisted we try lots of their delicious sweet caña and later piled on the cocos. 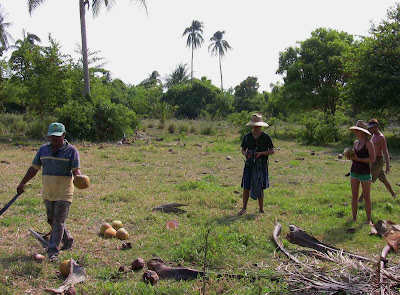 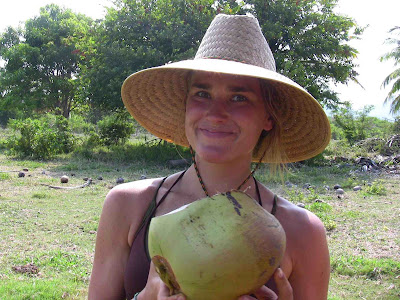 'Stas loving it!
We were the first “gringos” to have ever been over to their farm, and they were very excited that we had taken an interest to come see what they do. “Trust us, it was our pleasure!” 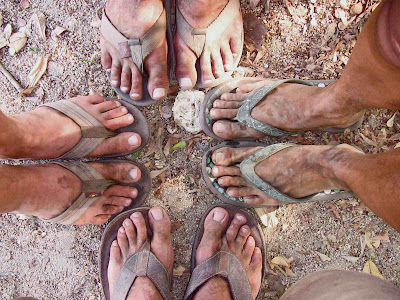 after the mission
Then it was time to go back to school. The kids were preparing for their summer's break so we were just able to catch them for a few days. It was perfect timing though as our aim was to educate about the dangers of plastic in the ocean.
We have learned that children's attention is sustained for longer periods if you can make education fun. So we played lots of games, which was a great way to implement new ideas and get them to think about the environment and do something about it. 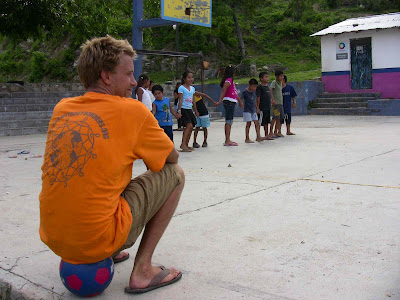 Loren practicing his referee skills for the game "rover rojo" (red rover)
Aubrey read the book "All the Way to the Ocean" (in Spanish) by Joel Harper to the kids. This was a good introduction to the kids about trash in the ocean, specifically plastic. They got it immediately, and we devised a game to solve the problem. 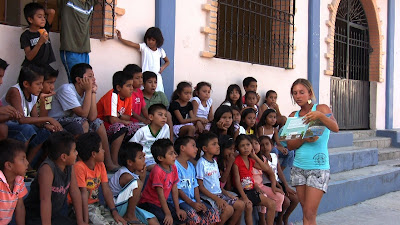 We came up with a game in which the children picked what they wanted to be, either dolphin, shark, or turtle. The dolphins and the sharks had to save the turtles from the poisonous jellyfish, or plastic bags. Then we ran around the village picking up the trash, or "agua malas" (jellyfish). 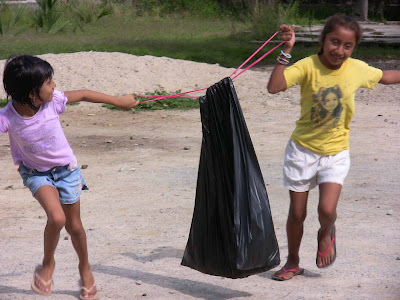 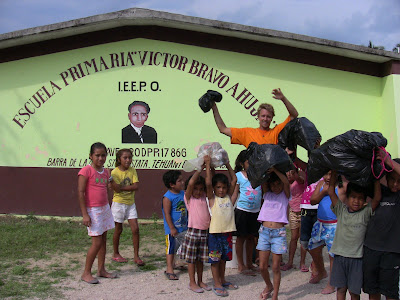 the cleanup crew
It is true that children are like sponges. So what a better way to clean up the mess we have all been making! They are ready to absorb, they just need something to soak up! 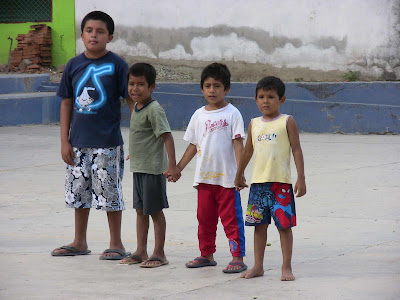 The wave has been good to us, with plenty to go around. Check out a short video here on YouTube from the GoPro SurfHero water camera! 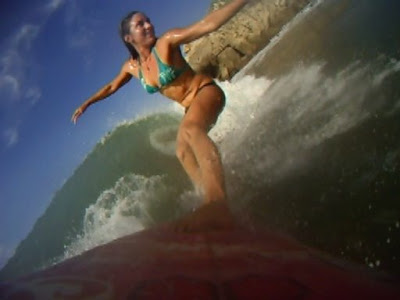 awesome stuff! are you still down there or home yet? just got back from Haiti. was traveling with Phil Goodrich. He said he met you in Nias. keep up the awesome updates! ciao!