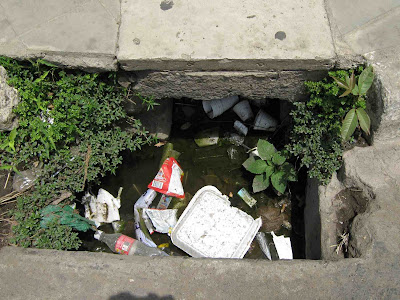 It is hard not to get cynical while traveling through Central America. It seems as if nobody cares about pollution or socio-economic issues, especially the locals. Trash covers many towns and beaches, while people lie in hammocks watching the offshore winds blow it into the sea. 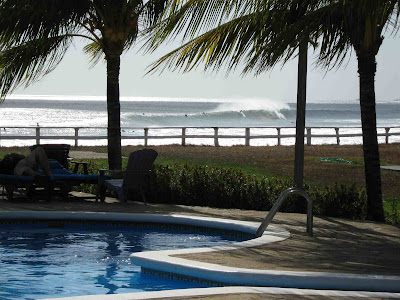 Offshores are great for surf, not so for trash into the sea

The reality is the majority of people in Central America and many other poor countries in the world are more concerned with survival than pollution. The economic situation is pretty dire in Nicaragua: the average daily wage is US$5. Gringos show up with their flashy sunglasses (like us) and blow that in a minute ordering a few cervezas.

The people may be lying in hammocks during the heat of the day, but that is because there is little work. It could be argued that they could be more proactive and seek work, but the capitalist reality is not their reality. Furthermore, many people do not have transportation to get them to the bigger towns where there may be employment. 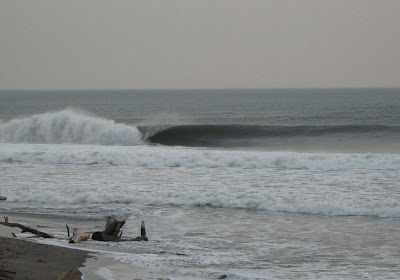 There are some heavy waves down here...
A light amidst this darkness has emerged in Gigante, Nicaragua. A small fishing town with a population of about 400, they had no public transportation to get the kids to school or for the local businesses to get their sacks of rice from the city. Then a couple gringos with a mission showed up.

Adam Monaghan and Nick Mucha were Peace Corps Volunteers in Honduras directly after college. They wanted to continue humanitarian work, and live closer to the beach. They found this calling in Gigante. They created a project they dubbed Waves Of Optimism, or Project WOO (http://www.projectwoo.org/), to address the needs of the town. 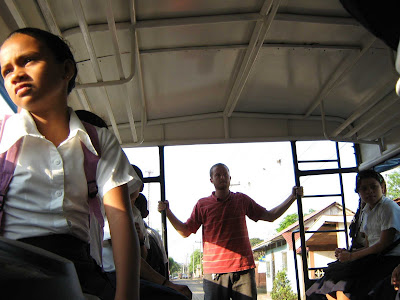 They first performed a rigorous census of the community and consulted with its leaders. Then helped the locals get what they wanted and what they felt they needed most to become more successful in the capitalist world that is rapidly overtaking neighboring villages: a bad-ass bus. 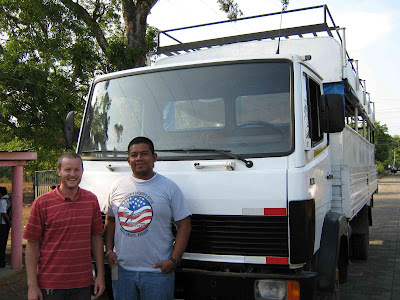 Adam and Marlon take pride in their bus 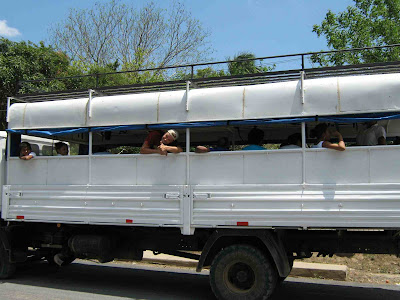 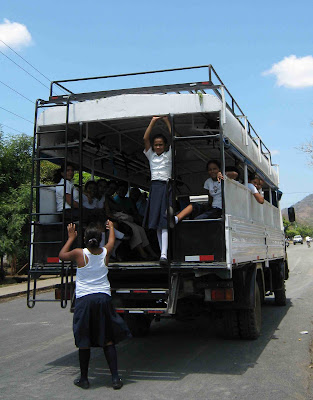 The WOO-Mobile is an old coffee delivery truck, which WOO had converted to people hauler. They put in folding benches so that the bus could double as a materials transport while not delivering students to their teachers- whom he also helped. WOO raised the money for the salaries of three full time teachers, much of it coming from the rich gringo homeowners in the neighboring bays of the south coast of Nicaragua.

WOO also started an after-school program to help the kids with their homework and to teach them English and organic gardening. We joined in the fun with Club WOO, and Aubrey brought out the paints for the kids to experiment with. We demonstrated how they could use local materials to paint- palm fronds make great brushes and ground up bricks make nice pigment. 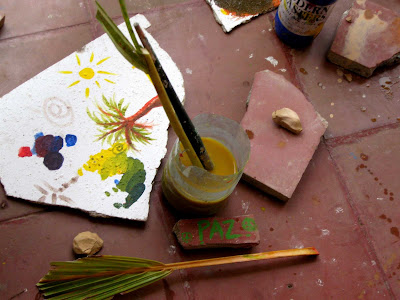 Palm fronds for brushes and ground-up rocks for paint 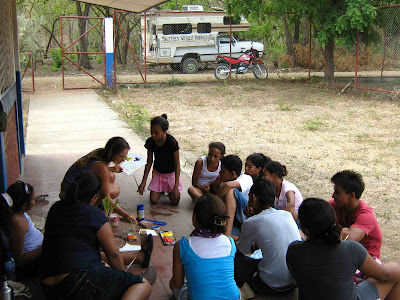 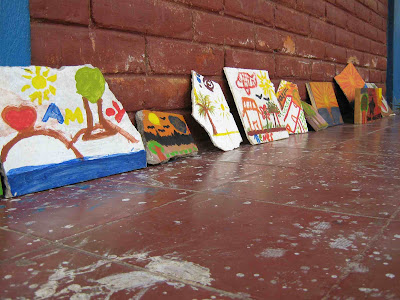 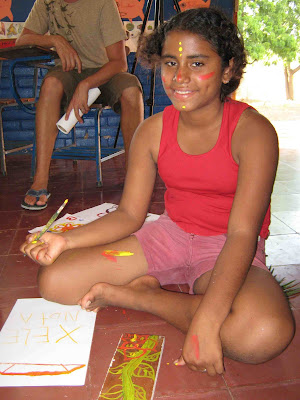 Face Painting is fun too

WOO employs two other locals full time. Marlon drives the bus and heaves the sacks of rice into the rig for the passengers, and Norma runs the after school program and takes care of the books. Norma is also training to take over the project full time in the near future, and well deserved, as she embodies a huge wave of optimism that can be felt by anyone in her presence. Both Norma and Marlon are super stoked to be working for such a different project, and to be contributing to the education of local kids. 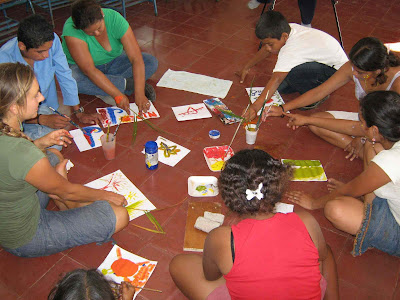 Norma (in the bright green shirt) joining in the painting

WOO is an example of what two motivated people can do when they put their minds to it. It is also an example of grass roots organizing at its best: they worked with the locals every step of the way. Adam stresses the importance of community buy-in for the success of any project- if the locals are not into it, and more so have a vested interest, a project will not be successful.

They have created a great model that could be applied to any community in need, and used by any humanitarian organization hoping to help. Take the time to look at their website and support the work they are doing! (http://www.projectwoo.org/) 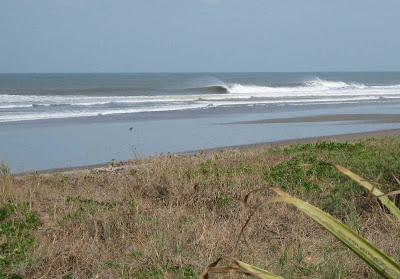 Thanks for reading- stay tuned for more adventures as we return north, making our way back up, across many borders, for the long journey home!
Posted by SWoBs at 12:25 PM